What are ‘participation games’? Basically, they are what it says on the tin: games designed for the public to join in and have some fun. Unlike the many tournament games which generally require prior registration, participation games are open to anyone who shows an interest. They represent a window into the gaming community; a great opportunity to explore the range and depth of this wonderful hobby: miniatures games; Eurogames; card games; fantasy/sci-fi games and historical games are all featured. Participation games at CANCON are run by experts and enthusiasts eager to help you learn about their corner of the gaming world. Game systems range from cutting edge innovations to old favourites, but all offer you a chance to find your gaming identity. 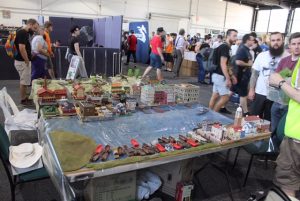 A participation game at Cancon 2019

Participation games run from 10:00am daily at CANCON. Spend an hour or spend three days—yes some games really do last that long—and try as many games as you like. And best of all, it is completely free!

P.S. If you are interested in staging a Participation Game at CANCON 2020, please complete the application form at: https://www.surveymonkey.com/r/Participation_Submission_Form

Remember space is limited so the earlier you apply the better your chances. 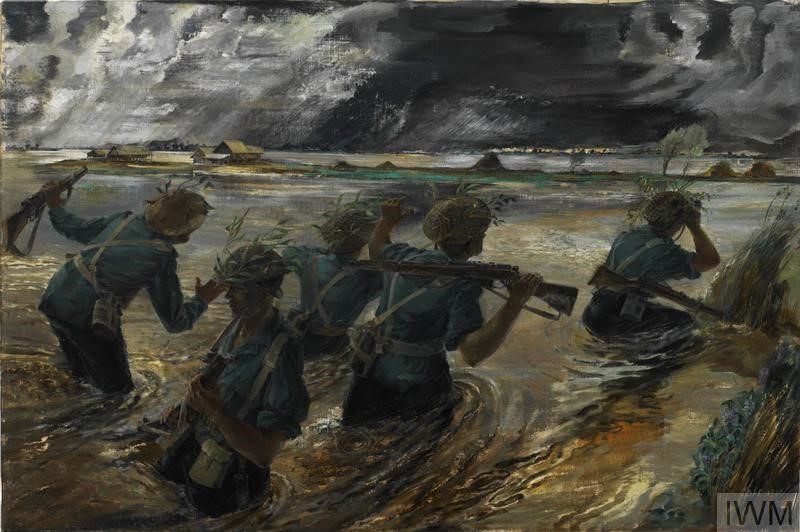 Outline:
In March 1944, General Mutaguchi Renya’s Fifteenth Army launched Operation U-Go; a Japanese invasion of India from neighbouring Burma. Its main objective was the capture of the strategically vital town of Imphal: the main logistical base for British forces in central Burma and a vital link to China. Resisting the Japanese onslaught was General William Slim’s rebuilt Fourteenth Army. For the next four months, over 250,000 men clashed in the steep, jungle-clad hills and soggy valleys of Manipur State, as the Japanese launched repeated attacks against Imphal from north, south, and east. To the south, the last line of defence was at Bishenpur—only 16 miles from Imphal—where the veteran Japanese 33rd Infantry Division (the ‘White Tigers’) threw everything at their old enemy, the 17th Indian Light Division (the ‘Black Cats’). The fighting was especially savage because the Japanese believed that this was their last chance to win the Great East Asian War, but with the monsoon threatening could they break through? 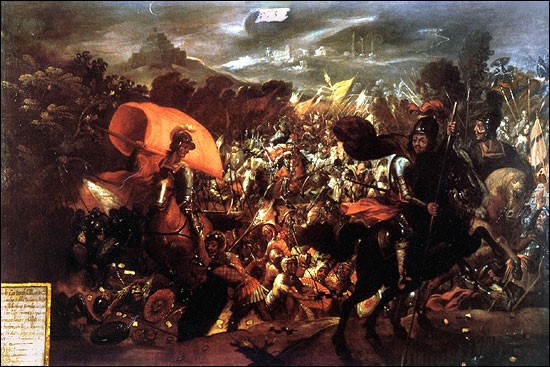 Montezuma is dead. His Aztec people are in revolt against the Spanish intruders. The Spanish leader, Cortez, decides to escape from their capital city, Tenochtitlan but the Aztecs are waiting.
Can you lead your Spanish troops to safety? Will you as a true believer in the Aztec Gods bring justice to the Spanish scum infesting your homeland?
Game System – Gold or Death
Games: 10am to 12 midday and 2pm to 4pm Saturday
and 10am to 12 midday Sunday.

“Curse You, Red Baron!”, the wildly popular participation game using Ares Games’ award-wining Wings of Glory WWI game
The game where each player takes one of the wood and canvas flying machines from 1915 to 1922 (including the Russian Civil War) and attempts to survive while carrying out their mission.

The game is a squad-based action game, where forces comprise between 5 to 12 models aside and players compete in either scenario driven or competitive games.

Choose your faction, select your command options, arm your squads and send them on their mission!